Each month, we look at a particular Artist – past or present – to explore their life and work. This month we look at... 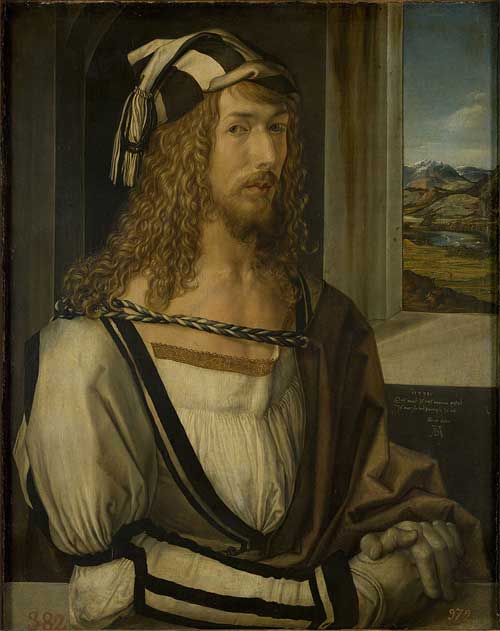 'I painted this of myself. I was 26 Years Old' - Painted and inscribed by Albrecht Dürer

Self portraits weren’t really the done thing when this striking painting was completed. For centuries, Art had been produced for the Church or the Crown and it simply did not occur to most Artists to put themselves as the subject of their own work. But most Artists weren’t Albrecht Dürer.

In a time of elaborate fashions and social hierarchies, he certainly was not alone in being a bit of a dandy and wanting to present himself as a confident, dashing, well-dressed, well-groomed man-about-town who believed his talent raised him above mere artisan to the ranks of master and gentleman.

But why represent himself at all? Well, Dürer was greatly influenced by Italian Art with its more humanist subject matter and life-like representations of anatomy and perspective and this portrait not only show-cased his talent but brought something new to potential patrons in his native Germany. I’d like to think that he simply painted this – the middle of three portraits painted at the ages of 22, 26 and 28 - as an advertisement that was on show in his workshop to win commissions.

He, certainly, had a talent for spreading his reputation across Europe through prints and was, undoubtedly, an inspiration for major artists such as Raphael, Titian and Parmagianino, all of whom continued the practice of collaborating with printmakers in order to promote and distribute their work.

Four Horseman of the Apocalypse

By the time the portrait was painted, Dürer was already doing rather well. He was only 24 when he set up his workshop and quickly became famed throughout Europe for his woodcuts - selling prints in significant quantities, publishing collections of his prints and receiving commissions from some highly influential people.

His strong connections with Venice, having studied how to create drypoint prints and design woodcuts there, meant that his circle included Bellini, Raphael, di Credi and, to some extent, Leonardo da Vinci and he was very well respected, attaining the status there that he desperately sought. 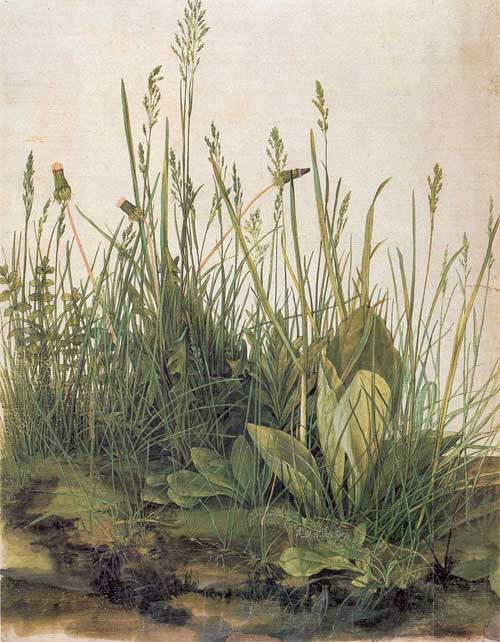 Born in Nuremburg in 1471 and with his close links to Venice, he was in the right places and time to soak up all the techniques, materials and viewpoints that the Italian and Northern Renaissance sprouted and the precocious young talent became a master at drawing, drypoint, woodcut, oil painting and watercolour, a major player of the time and a major influence on Art history.

This influence not only changed German Art but was felt across Europe with one Florentine Artist and writer, Vasari, including Dürer in his publication, ‘Lives of the Eminent Italian Architects, Painters and Sculptors’. As such a well-renowned Artist during his life-time and throughout history, maybe we can forgive him the self-important air of his portrait!