Each month, we look at a particular Artist – past or present – to explore their life and work. This month we look at...

Our first feature is a very sad one for us.

Chris Gollon became a customer of ours shortly after we started Curtisward in 2008. He would ask our opinion on various materials, discuss different practices and techniques and show a real interest in the artwork we were currently working on ourselves. It was not until he invited us to a Private View a few months later that we discovered that this genuine and unassuming man was a very talented, established Artist with a breadth of techniques and materials knowledge and the ability to produce magic on canvas!

Little did we know that he had had solo and group shows in the UK and the US exhibiting alongside Yoko Ono, David Bowie, Gavin Turk, Tracey Emin and Craigie Aitchison, appeared in major public collections, including the British Museum, and had a dedicated army of private collectors hooked on his paintings. 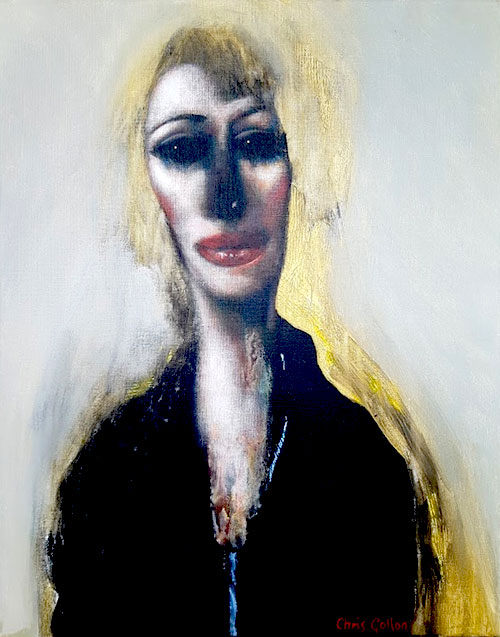 And hooked is the right word. His works, both on canvas and paper, have a real magnetism. His portraits and self-portraits are painted in his instantly recognisable expressive manner where the paintings do not seek to slavishly record the features but achieve a real humanity in the dark, abstract eyes, a solidity of form, intense and intriguing expressions and a muted yet strangely glowing palette in which each figure really seems to be alive and eager to engage with the audience.

One series of paintings – a commission from the Church of England – saw him utilise this gift of expression to give life to some of the female characters of the Bible who rarely get a mention and some of these powerful portraits not only make you aware that they are part of the Biblical stories but that they, categorically, have stories of their own to tell. 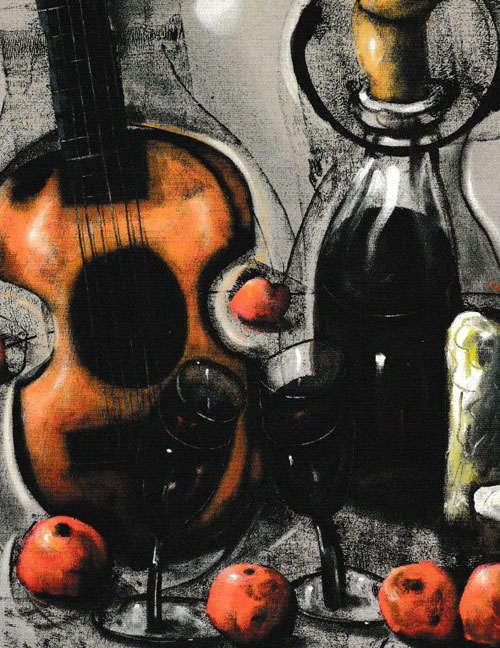 His work has inspired other Artists too including two musicians who he collaborated with to combine art and music – a great love and inspiration for him. His collaboration with Irish Singer/Songwriter, Eleanor McEvoy, saw Chris produce paintings inspired by Eleanor’s music which in turn inspired her to write further music. This resulted in an album, Naked Music, featuring the Art of Chris Gollon and an exhibition of his works with a live performance of Eleanor McEvoy’s music.

Tragically, however, further collaborations and a continuation of the schools workshops he had recently undertaken were cut abruptly short in April of this year when Chris Gollon died. This exceptional Artist had a passion for all aspects of painting and creating art and his enthusiasm for the subject was infectious and his Art, truly inspiring.

Peter and I and all at Curtisward were deeply saddened by the news of his untimely death. We feel very privileged to have known him and call him a friend and will greatly miss his visits to us mulling over the merits of materials, techniques, paintings and Old Masters with a little music, food and wine thrown in! 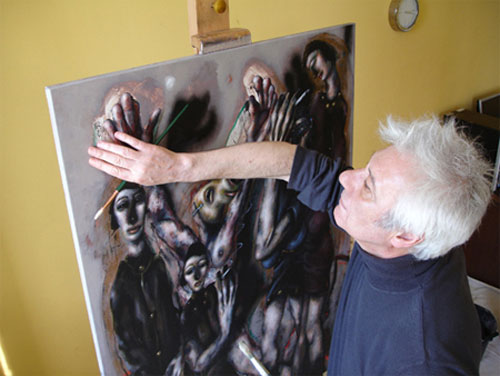 An exhibition of his work is currently running at the IAP Gallery in Monmouth until 30/09/2017. Exhibition details.