A Brief History of Watercolour

Watercolour has been used ever since man began to express himself through Art, albeit in a very simple form. Primitive man used pigments mixed with water to create cave-paintings and the Ancient Egyptians used water-based paints to embellish their tombs and scrolls. However, it was in the Far and Middle East that the first watercolour schools or predominant styles emerged with the Chinese and Japanese Masters refining the art form and exploring its possibilities.

Their mixture of calligraphy and image continued in Medieval Europe with the Illuminated Manuscript and then was taken to new heights by the German artist, Albrecht Durer, who created hundreds of detailed and accomplished works in the medium. 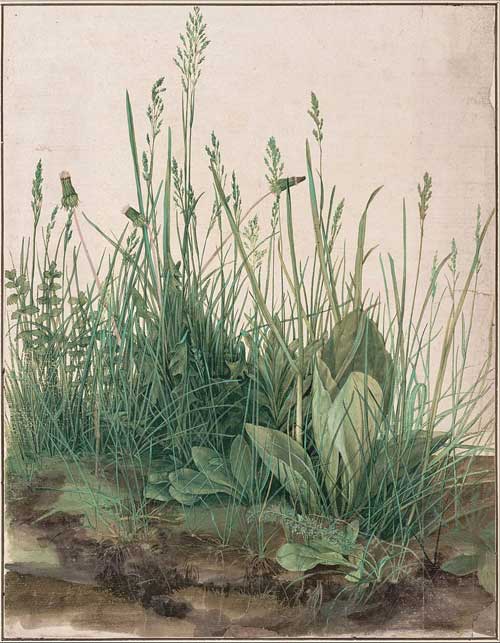 'The Monumental Turf' by Albrecht Durer

Many artists saw watercolour as a study aid, taking advantage of its quick-drying properties to execute ‘sketches’ of a scene to be later translated into oil, tempera or fresco pieces. Gainsborough and Constable, among others, created atmospheric works that captured the changing light on a landscape. Other artists were more concerned with accurately documenting a landscape and watercolour’s portable nature allowed them to paint anywhere and at anytime without the encumbrance of gels, mediums and solvents. In Britain in particular, as the British Empire grew, the need to record the landscape of new territories resulted in the emergence of a new breed of painter. Using this quick-drying, portable and beautifully affective medium, these topographers produced stunning pieces noted for their technical accuracy and aesthetic qualities. To celebrate and nurture the watercolourist’s talent, the Royal Academy was founded in 1768 which led to new ways of using the medium and the appearance of artists whose influence is still felt today. One of the founders of the RA was Paul Sandby who has been called the ‘Father of the English watercolour’. 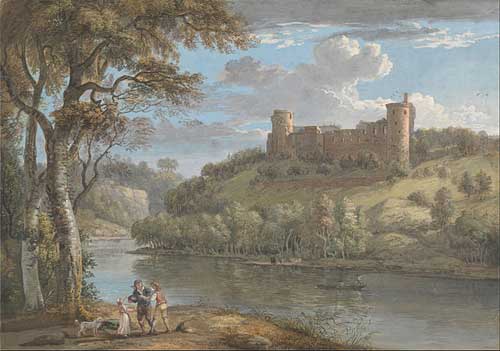 Artist’s such as John Robert Cozens were highly influential and led to a ‘Golden Age’ of English watercolour. Another such artist was Thomas Girtin. He had started, as many of his contemporaries, finely detailing topographic and architectural subjects in watercolour washes of a limited palette to achieve a strong tonal quality. 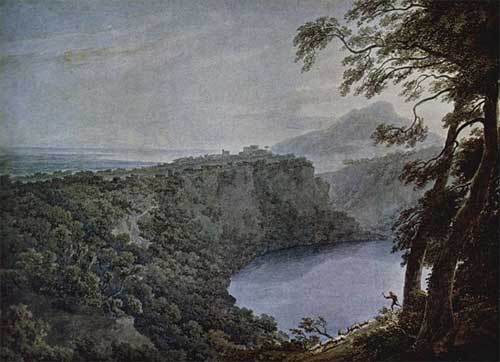 However, it was when Girtin began to paint more dramatic representations of light and weather changes that he made his mark and was credited with firmly establishing the Romantic style. 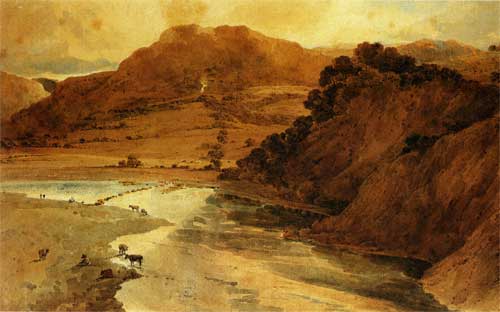 Girtin’s friend, J M W Turner, also challenged traditional methods producing works that seemed to not just capture the light but to radiate with it. in his watercolour sketches, he used wet on wet techniques and even scratched and splashed the surface to create a far looser, more expressive effect. 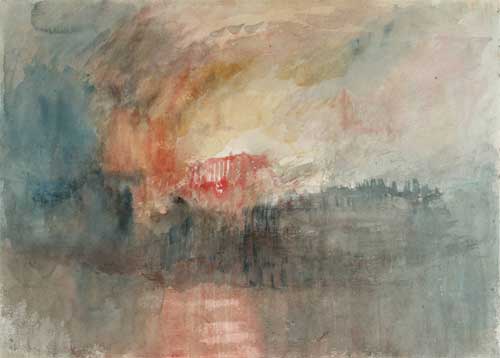 Fire at the Tower of London by J M W Turner

His experimental methods strongly influenced later movements, especially impressionism and, to some extent, Abstract Expressionism. Cezanne, in particular, used watercolour to define space and achieve balance in his compositions using just the colour, free from form.

In America, Schools of artists embraced the plein Air tradition of watercolour and many, such as Winslow Homer, Thomas Eakins and, latterly, Edward Hopper, produced carefully observed pieces in the impressionist and post-impressionist styles. In contrast, and following on from the work of Cezanne, watercolour also lent itself to the development of Abstract Expressionism as it allowed for pure pigment to be laid down quickly, exploring the relationships between colours. Although initiated by artists such as Cezanne, painters such as Wassily Kandinsky explored this further with Kandinsky producing what are arguably the first modern abstracts. Other major exponents included Paul Klee and John Marin, who mastered a style of near pure abstraction. 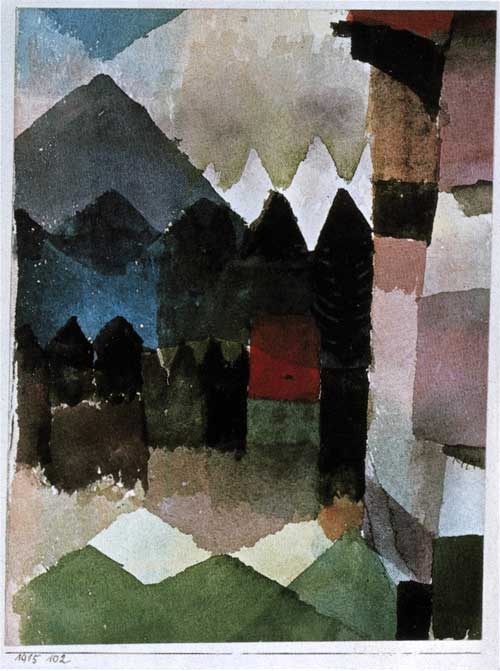